Honoring the Memories of Fellow Retreaters 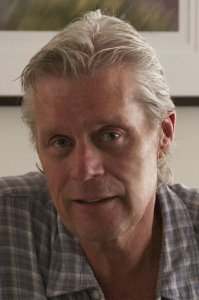 He teamed with Michael Douglas at Stonebridge Entertainment for such films as ‘Flatliners,’ ‘Double Impact‘ and ‘Radio Flyer‘

Peter McAlevey, a film producer who partnered with Michael Douglas’ production company Stonebridge Entertainment in the late 1980s, died Friday in Los Angeles after a short battle with liver cancer. He was 58. Survivors include his wife, Melissa Hufjay McAlevey, vp publicity at Warner Bros. Home Entertainment, and their 4-year-old twin daughters, Rowan and Bailey.

McAlevey also produced the semi-autobiographical Hard Promises (1991), a Toronto Film Festival entry that starred Sissy Spacek and William Petersen, and the horror thriller Kill Her, Not Me (2013), written and directed by his best friend, George Francisco.

According to his IMDB page, McAlevey was in preproduction on a big-screen remake of the 1963 Disney film The Three Lives of Thomasina as well as preparing a pilot for Animal Planet that is centered on a traveling carnival sideshow. McAlevey was born on June 17, 1956, in Suffern, N.Y. He worked as a roadie in the 1970s with the New York Dolls and toured with that legendary punk band as well as with The Rolling Stones. After graduating from Columbia University, he worked as Newsweek’s entertainment correspondent and was recruited by Jeffrey Katzenberg to join his new regime at Disney. While McAlevey was at Disney, Douglas asked him to help start Stonebridge, based at Columbia Pictures. The production company was folded in 1994.

McAlevey later founded Thunderbird Pictures, where he spearheaded a 2000 remake of the 1947 John Garfield boxing classic Body and Soul that starred former champion Ray “Boom Boom” Mancini. He also produced the drama Shadow Hours (2000) — which starred Balthazar Getty, Rebecca Gayheart and Peter Weller and presold at Sundance for a reported $2 million to Blockbuster Entertainment — and the 2006 System of a Down documentary Screamers.

In addition to his wife and twin daughters, survivors include adult sons Harry and Sean; his father John and stepmother Marlene; sisters Birgitta and Jane; brothers Benedict, John and Thomas; and stepbrothers Mitchell and Clifford. McAlevey was diagnosed with cancer less than three months ago. A college education fund has been established for his daughters, and donations can be sent to: McAlevey Education Fund, P.O. Box 4166, West Hills, CA 91308-4166.